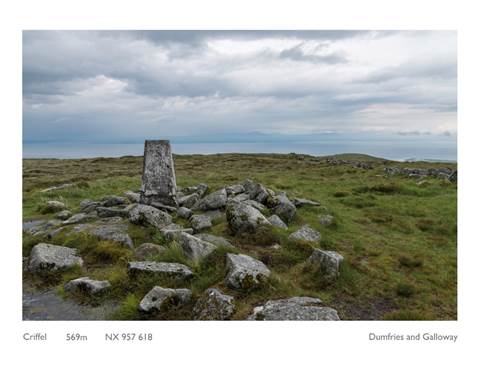 Exhibition at the Victoria Gallery and Museum, Liverpool, by Stephanie Wynne and Stephen McCoy as part of LOOK Liverpool Photographic Festival.

This work is from the ongoing project to visit all 310 primary triangulation points that were built and measured between 1936 and 1962 by the Ordnance Survey for the ‘Re-triangulation of Great Britain’. The work will provide a comprehensive survey of the British landscape and deals with representations of the landscape, the layering of history, land use, ownership and boundaries. Many people mistakenly think the function of the triangulation pillar is to mark the highest point of hills, but the trig pillars are placed in positions where at least two other points can be seen in order to form triangles for accurate measurement.

The exhibition comprised large panoramic photographs produced by placing the camera and tripod on top of the triangulation column.

The panorama seemed the most valid response to the visual experience of reaching the trig pillar. The OS map reference is displayed with each panorama and McCoy Wynne felt it necessary to take an image of each pillar as a further visual reference creating a ‘legend’ for the project. This methodical approach of producing the photographs alludes to the systematic nature of survey and mapping.

This iteration shows large-scale works and was accompanied by a written piece by Dr Les Roberts from Liverpool University’s CAVA institute. 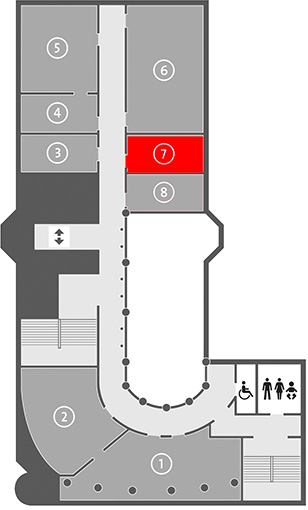