This innovative exhibition brings together, for the first time, new work by long-time collaborators artist Charlotte Hodes and poet Deryn Rees-Jones. Showing across a set of interlinked spaces in the gallery, the exhibition engages with objects and manuscripts from the Victoria Gallery & Museum and the University of Liverpool’s Special Collections and Archives, foregrounding the lives and works of women writers and their ‘errant’ voices across three centuries. Relieved of the narratives of genre and time, text, image, and animation explore aspects of women’s creativity, and create a fresh memoryscape for the imagination.

Alongside paintings, prints, paper-cuts, glass and ceramics are animated films of the poem ‘And You, Helen’ (2014) (‘quietly magnificent’, Wales Art Review) and the AHRC Research-in-Film award shortlisted ‘Questions of Travel’ (2016) and a new animated film, Fires (2019) based on a lyric essay, Fires (Shoestring, 2019) by T.S. Eliot Prize shortlisted poet, Deryn Rees-Jones.

View the catalogue to accompany the exhibition here

You can also watch two videos on our YouTube Channel:

Charlotte Hodes is an artist and Professor of Fine Art at London College of Fashion, UAL. Solo exhibitions include After the Taking of Tea (Ruthin Craft Centre, 2019), Remember Me (Wolverhampton Art Gallery, 2017, touring to National Centre for Art and Design, Sleaford in 2020) and Fragmented Images (The Wallace Collection, 2007). Hodes has participated in exhibitions at the Design Museum London, Jerwood Space Gallery, and the Venice Biennale. Her work is held in many public collections including the Brighton Museum & Art Gallery, British Council, New Hall Art Collection, University of Cambridge, and the V&A. In 2006, she won the Jerwood Drawing Prize. She is a selector for the 2019 ING Discerning Eye exhibition.

Hodes’ work is about boundaries: the contours of the female nude, generic hierarchies between craft and art, the decorative and the fine arts, the domestic and professional, the body as a singular identity and the multiplicity of selves afforded by technological reproduction – Hannah Westley, writer & researcher, American University of Paris

Deryn Rees-Jones is a poet, editor and literary critic. Her selected poems, What It's Like to Be Alive, was published in 2016 and was a PBS Special Commendation. Her monograph, on the intersection between image and narrative, Paula Rego: The Art of Story, is published by Thames & Hudson this autumn. (‘compelling and an absolute tour de force’ ‘The Artist’). She has received numerous awards for her poems, including shortlistings for the Forward and T S Eliot poetry prizes. She is the editor of the Pavilion Poetry list and Professor of Poetry at the University of Liverpool where she co-directs the University of Liverpool's Centre for New and International Writing. Many of the images and ideas in the exhibition are closely linked to her new collection of poems, addressed to the muse of love and lyric poetry, Erato, which was a Poetry Book Society Recommendation (June 2019).

Rees-Jones offers a new direction for British lyric …one that’s in dialogue with 20th century American poetry but not subject to it. Her work foregrounds investigation … as a kind of social creativity, the lyric as a sonic means to plumb the faultline of a self formed through others. Lyric as a place where we find ourselves more truly, because more strange – Los Angeles Review of Books

A brand new video combining the papercuts by Charlotte Hodes and poetry by Deryn Rees-Jones that are currently on the Balcony Wall at the VG&M. This video has been specially created for #LightNightatHome. 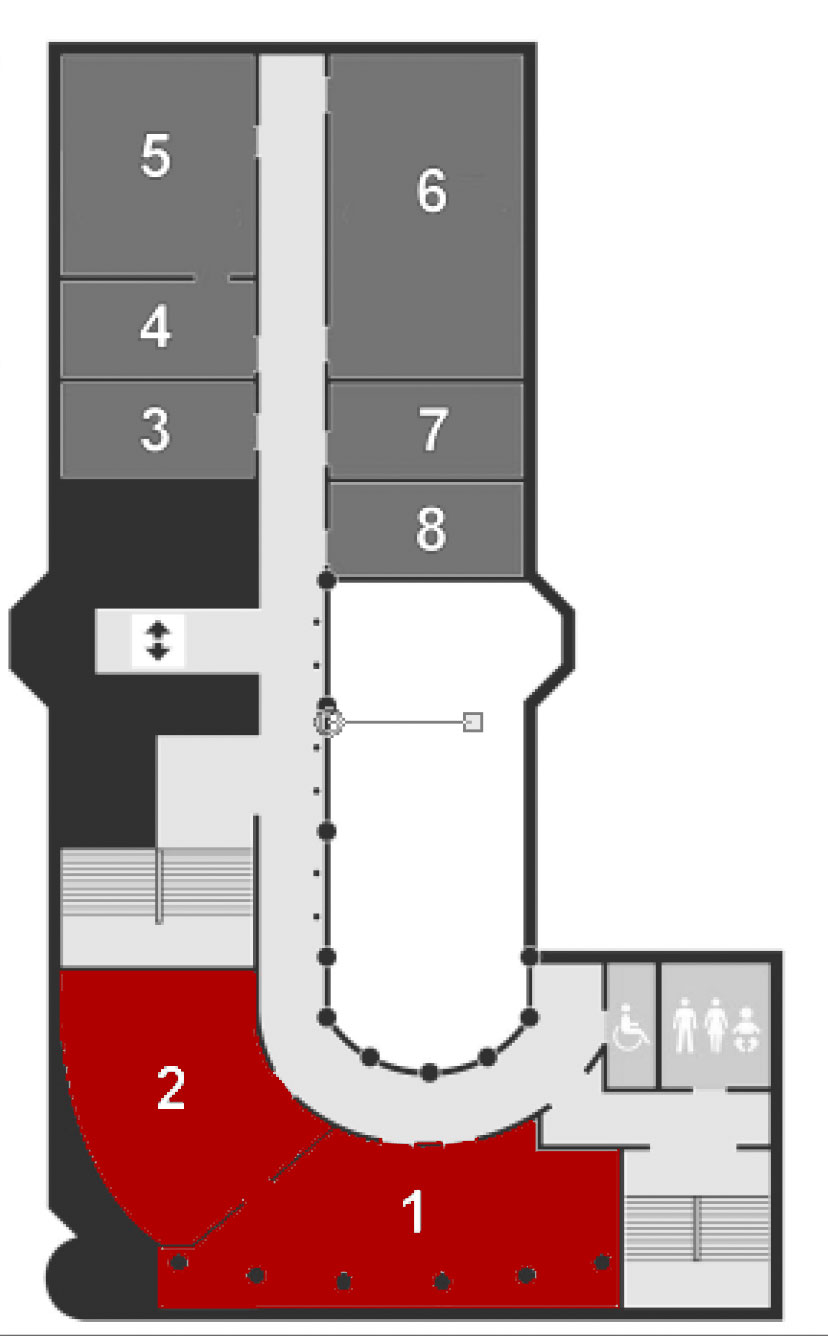