Please note that the Tate Hall Museum is currently closed

Tools made of more than one part – composite tools – were a major step forward in our evolution. The invention of a knife with a handle required the ability to envisage something that did not exist, and then developing the skill to make it.

This exhibition explores this massive leap forward which changed forever the way that tools were made and will uncover what we know about these people by the material evidence they left behind.

Some of our exhibition panels include the work of Kennis and Kennis who produce scientifically accurate facial reconstructions of our extinct ancestors using evidence from the fossil record. You can find out more about them and their amazing work on their website.

With thanks to Dr Larry Barnham, Professor of Archaeology at the University of Liverpool.

The 360 video, photographs and information below provide a brief overview of this exhibition so that you can enjoy our collections online. Please do visit us in person to find out more: https://vgm.liverpool.ac.uk/your-visit/


Humans have relied on tools for their survival since the beginning of the Stone Age, over 3 million years ago in Africa.

Early tools were quite simple - a stone shaped using another stone, a stick sharpened – but about 500,000 years ago, someone had the idea to improve a tool by combining more than one thing together, giving them the ability to transform an abstract thought into complex tools which were more efficient, that would make hunting, foraging and surviving easier.

This development needed an individual to imagine what would happen if they put things together to make something new.  For example, the invention of the knife with a handle required the ability to envisage something that did not exist and then to make that tool.  The knife would need a handle and the blade would have to fit tightly, held together by a binding or glue.

The process of combining the parts is called hafting.  And each component was made using other tools, other materials and skills learned over time from others in the community.

This new way of thinking about how tools are made emerged was the start of the ‘First Industrial Revolution’.  Without it our lives would be very different – there would be no cars, electricity, smartphones or the internet.   Just imagine….

Where did the revolution begin?

Archaeologists working Africa, Europe and Asia are now finding evidence that the invention of composite technology is much older than previously thought and that it may have occurred more than once.  The earliest dates come from sites in southern and eastern Africa, but there is also evidence from Europe that another human species, the Neanderthals (Panel 4), also made composite tools at an early date.  Did they invent this technology independently or did they learn it from others who arrived in Europe, perhaps from Africa, with the knowledge?
The place and time of the origins of hafting is much debated.  For now we have too few sites to say with certainty where or when the Revolution started or why.  Perhaps climate change played a role in stimulating experimentation with new ways of making tools to cope with more unpredictable environments?  We know that composite technology appears during the Middle Pleistocene, an episode in Earth history known for its long, severe cold phases that profoundly altered the distribution of plants and animals, including humans.
These basic questions can only be answered with much more fieldwork combined with new techniques of artefact analysis that can reveal microscopic traces of hafting (Panel 3).
The map shows the key sites in Africa, western Asia and Europe where early evidence of hafting has been found.  Dating these sites is essential for understanding when this new technology emerged.  Radiocarbon dating (14C) only spans the last 45,000 years so we rely on other dating techniques that can reach much further back in time.  These include methods of dating sediments such as luminescence (sand), uranium-series (calcium carbonates) and argon-argon (volcanic ash) dating.

What is the evidence?

Because the handles of hafted tools were made of organic materials such as wood or bone (Panel 5) they rarely survive in the archaeological record.  We are left instead with the stone inserts that sometimes preserve microscopic traces of being hafted and used.
Sometimes traces of adhesive survive on the part of the stone that was set in the handle.  Traces of blood, hair or plant residues might also survive from the use of the tool in hunting or preparing foods.  More typically, the best available evidence of hafting comes from the careful recording and interpretation of patterns of damage on the surfaces of stone artefacts.
The study of wear marks and residues is known as traceology or usewear analysis.  Reliable interpretations of hafting and use depend on knowledge of patterns of use based on controlled experimentation.  Replica tools are made with local materials similar to those used by early humans.  The process of hafting can leave distinctive traces where the insert and handle meet, and if a binder or adhesive is used that these materials leave their own patterns of wear.  The
replicas are used in a variety of tasks such as cutting or chopping to record patterns of damage on the stone.  The resulting reference collection of tools of known use provides the key to interpreting the archaeological tools.
The images here are provided by researchers at the TraceoLab at the University of Liège (Belgium) who have pioneered the study of hafting traces.   Two experimental spears are shown with the microscopic damage patterns resulting from hafting and throwing at a replica animal carcass.  The third set of photographs is of a tool made by Neaderthals at the site of Biache St Vaast (France) which is more than 200,000 years old.  The damage patterns are very similar to the experimental spears and suggest that these humans were making and using spears for hunting.
The oldest evidence of hafting is in the form of visible edge damage on stone points from the site of Kathu Pan (South Africa, 500,000 – 400,000 years ago).  These points may have been used in spears or knives and further experimental work should help resolve this uncertainty.

Our distant ancestor was Homo erectus which was widespread throughout Africa, Europe and Asia after 1.8 million years ago.  This species used fire and made tools of stone, bone and wood, but as far as we know it did not make composite tools.  That achievement is associated with a descendant of Homo erectus called Homo heidelbergensis that lived in Europe, Africa and in parts of Asia after 600,000 years ago.  H. heidelbergensis was the common ancestor of us (Homo sapiens) and our close relations the Neanderthals (Homo neanderthalensis) who are now extinct.  Anatomically modern humans evolved in Africa about 200,000 years ago and Neanderthals evolved from H. heidelbergensis about 300,000 years ago.  The two species developed separately and only much later did the two meet when H. sapiens spread gradually out of Africa into western Asia and Europe.
The earliest evidence of hafting in Africa is probably the handiwork of H. heidelbergensis and in Europe it is found a little bit later with the Neanderthals.   Maybe Neanderthals invented this technology independently in Europe or could the knowledge of composite tool technology have spread from Africa into Europe through western Asia?  This question is difficult to answer at the moment given how little we know about this period in human evolution.
Cutting, Chopping, Scraping and Piercing

Since the beginning of the Stone Age humans have used tools to cut, chop, scrape and pierce things.  These basic actions are still important today and are found in all cultures regardless of habitat, from tropical rainforests to the arctic tundra.    Hafting improves the efficiency of each of these actions which is probably why composite tool technology eventually replaced older tool traditions based on holding the working edge directly in the hand.
The ethnographic objects below and in the next panel come from peoples who lived by hunting and gathering in recent times.  They show a variety of composite tools made from a range of materials.  Look closely at how the working edge is attached to the handle or shaft.  The joining of parts shows an understanding of the properties of the materials in relation to the task to be performed.  This ‘folk engineering’ takes time to learn, but the payoff in terms of efficiency (and survival) is worth the effort.

The Revolution Continues
It is hard to think of an object we make today that doesn’t involve other tools with multiple components.  Even something as simple as a pencil or piece of paper is the product of long sequences of extracting raw materials and manufacture using machinery made of many parts.
We are now dependent on the expertise of others to make and deliver the things that are vital to our lives.  Could you make a smartphone?  Of course not; it requires great specialisation of skills and many layers of organisation to bring us a tool that is so useful.  The ‘Second Industrial Revolution’ which began in Britain in the 18th century led to the large-scale manufacturing and specialisation of labour that we take for granted as normal.  Safe drinking water flows from a tap and we cook our food using microwaves.  These everyday marvels have their roots in the invention of composite technology just 500,000 years ago. 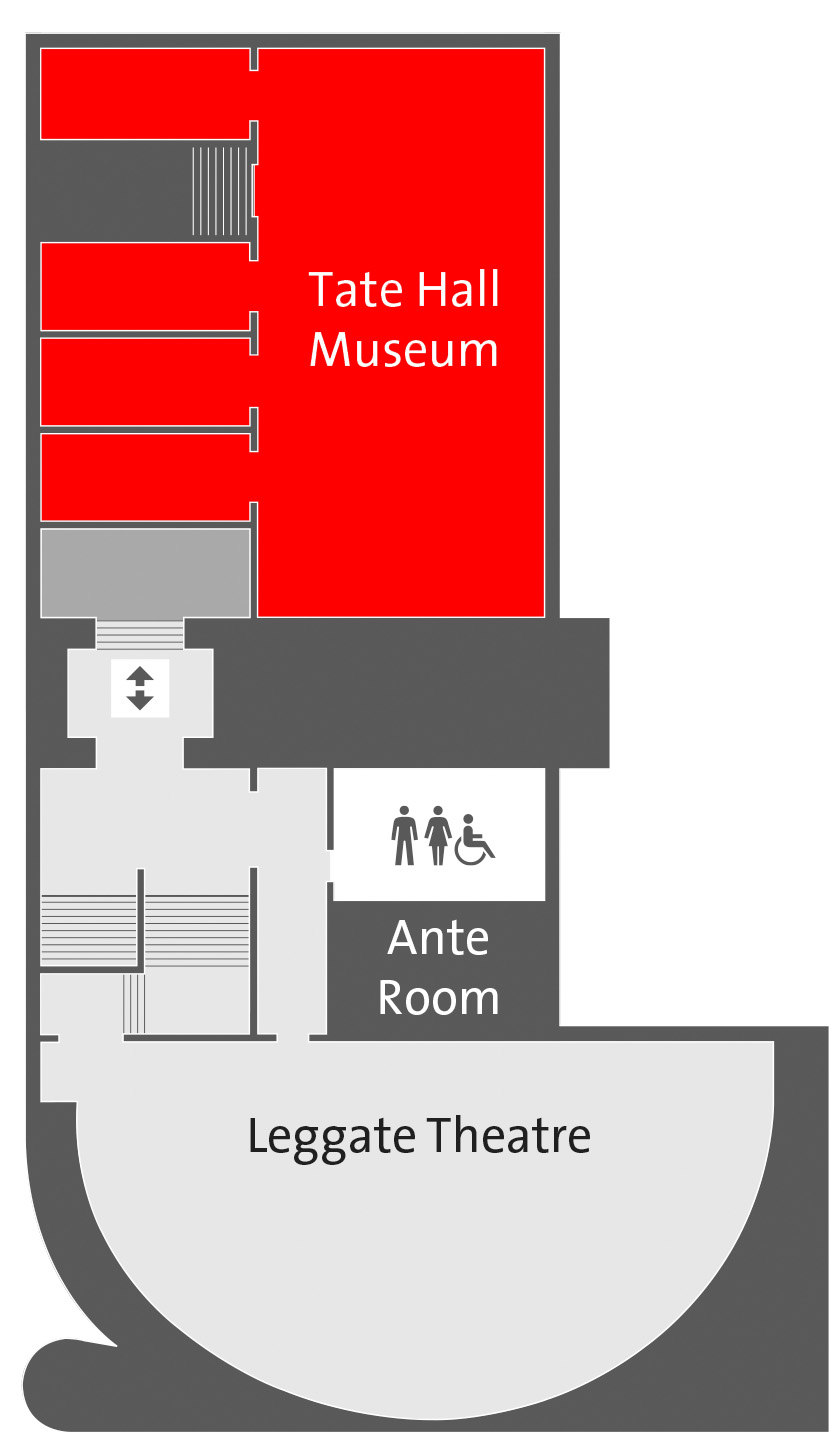